Yikes! the weather is yucky out there but no need to fret because I have something that is gonna make you all warm and toasty from the inside out!!! Are you ready for this ……… (cue the backing music) I bring you…. Power porridge!!!! This porridge has to be one of the best things I’ve ever created. No joke we eat it five days out of seven and sometimes even have it for dinner when we’re feeling lazy. It’s that good! It’s sweet, super filling and just makes you feel amazing!! It’s also one of the quickest breakfasts to make in the morning as it takes less than six minutes to make! Honestly I’ve timed it!! ☺

Now for the sciency bit! What makes this porridge so powerful? Well do you remember when you were small and your mom would insist that porridge was good for you? Guess what, she was right! As per usual! Porridge has the ability to boosts energy, protects skin, support weight loss, help to prevent diabetes, boosts heart health and reduces the chance of colon cancer. Way to go porridge! 😱 👏 AND that’s before you add any of the superfood toppings!! As always the toppings are optional but I would recommend keeping the nut butter in it as the fat stops your blood sugar levels from spiking which means it will keep you fuller for longer, with more energy and will be less likely to be stored as fat. 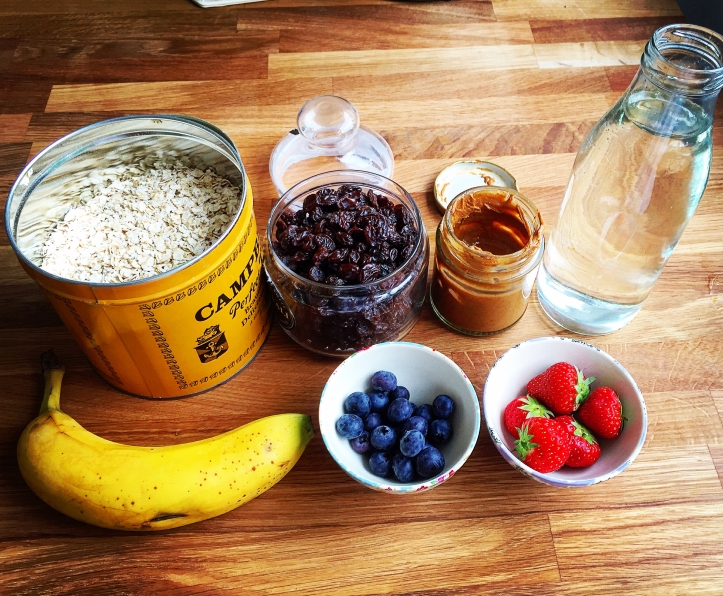 Whatever fruit is in season. I love Blueberries, Raspberries, Strawberries and Blackberries.

Place the water, oats, raisins, sunflower seeds into a saucepan, smush the banana with your fingertips into the mix. This gives the porridge its beautiful sweetness as it melts into the porridge when it cooks (also a great way of getting fruit into kiddies especially if they don’t like banana because you would never know it was there! You can also grate some apple in too).

Now, I usually put the nut butter into the porridge before its cooked as my lot aren’t mad on nut butter but they love it when they don’t know it’s in it so I put it in before cooking but you can put it in at the end or on top, its completely up to you!! I don’t know if you’re seeing a pattern here but I get massive satisfaction in hiding healthy ingredients in my food! 😝 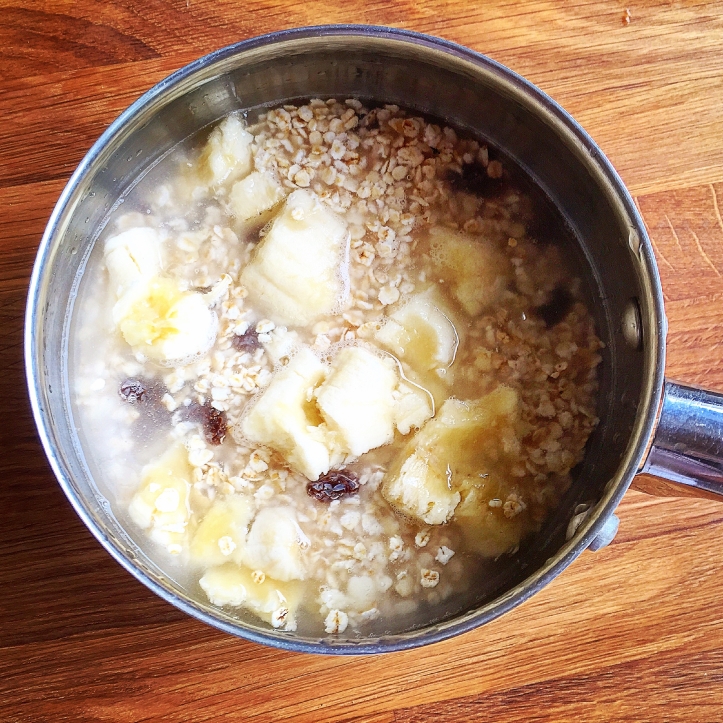 Ok lets get to it! Stick the sauce pan on the heat and stir the porridge should take approx. 3-4 minutes to cook, you’ll know when it’s ready because it’s thick and gloopy and the banana will have melted away.

Pour into bowls or jars if on the go and top with your berries. That’s it. It doesn’t get any easier than that! 😋 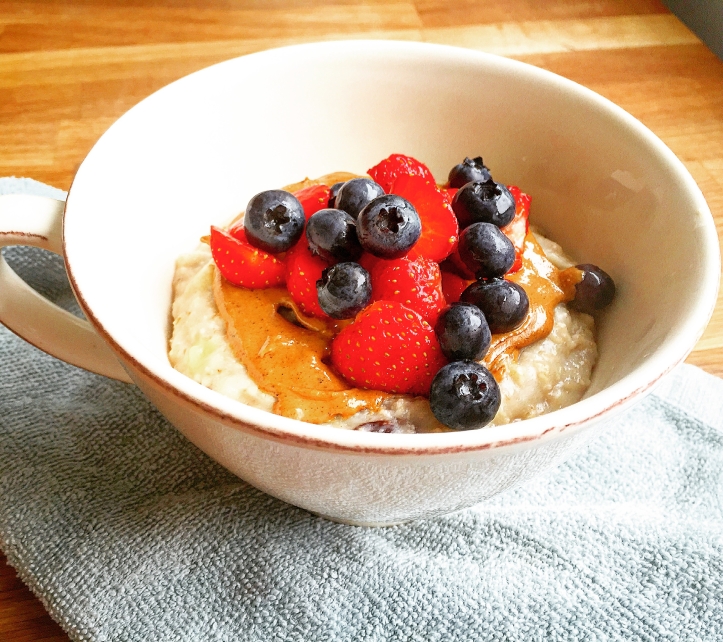 Tip: If you want to make the assembly time even faster you could have the ingredients in the saucepan soaking over night ready to go for the next day.